Skip to content
Quick Answer: it’s most likely because your headphones actually have a smaller 2.5mm plug. A simple 2.5mm to 3.5mm (the most common plug/jack size) adapter can make them fit, and there are also adapters that can convert between any of the three standard sizes (2.5mm, 3.5mm, 6.35mm)

There are a few common (and not so common) reasons a headphone plug won’t fit properly into the jack on any given device. This article will cover what a proper fit looks and feels like, as well as go over how to troubleshoot and fix an improper fit.

The headphone plug should have a feelable and audible snap when it’s about 3/4 of the way in to insert fully, then should be fairly snug and secure – you should be able to hold the headphone wire or plug support and an attached phone or similar sized device should dangle.

There should be a slight bit of resistance and necessary pressure to snap a headphone plug fully inside the jack – about how much pressure it would take to push a thumbtack into a piece of citrus fruit. Do not try to apply much more pressure or otherwise struggle to force a plug into a jack, as that can damage either part, and even if you do manage to get a plug inside a jack with a hard squeeze, it might not come out, or could potentially break off inside.

Is it normal to be able to rotate a headphone plug when properly inserted into a jack?

Yes, being able to rotate a plug, while feeling a little friction/resistance is normal. If it’s able to loosely spin with a light flick or something like that, that’s indicative of a defective plug or jack.

Is it normal to be able to wiggle a headphone plug back and forth when properly inserted into a jack?

No, that is not normal, and could also be indicative of a defective plug or jack.

Make sure the plug and jack are of compatible size

3.5mm is the most common and de facto standard headphone plug/jack size. The larger 6.35mm plug/jack is less common, but still widely used on more niche products like musical instruments or HiFi electronics.

There’s also a lesser known but still sometimes used 2.5mm size, and while it would be immediately obvious that a 3.5mm plug or jack and much larger 6.35mm plug or jack won’t fit, it’s not so obvious in the case of a 2.5mm or 3.5mm plug or jack, especially if someone isn’t aware that the former exists. How to make a 2.5mm and 3.5mm plug/jack compatible

This can be done, in either direction, with a simple 2.5mm male plug to 3.5mm female jack adapter like this one: 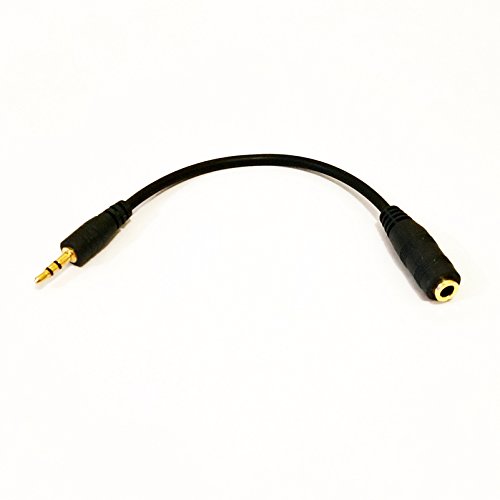 Or a similar 3.5mm male plug to 2.5mm female jack adapter like this one: 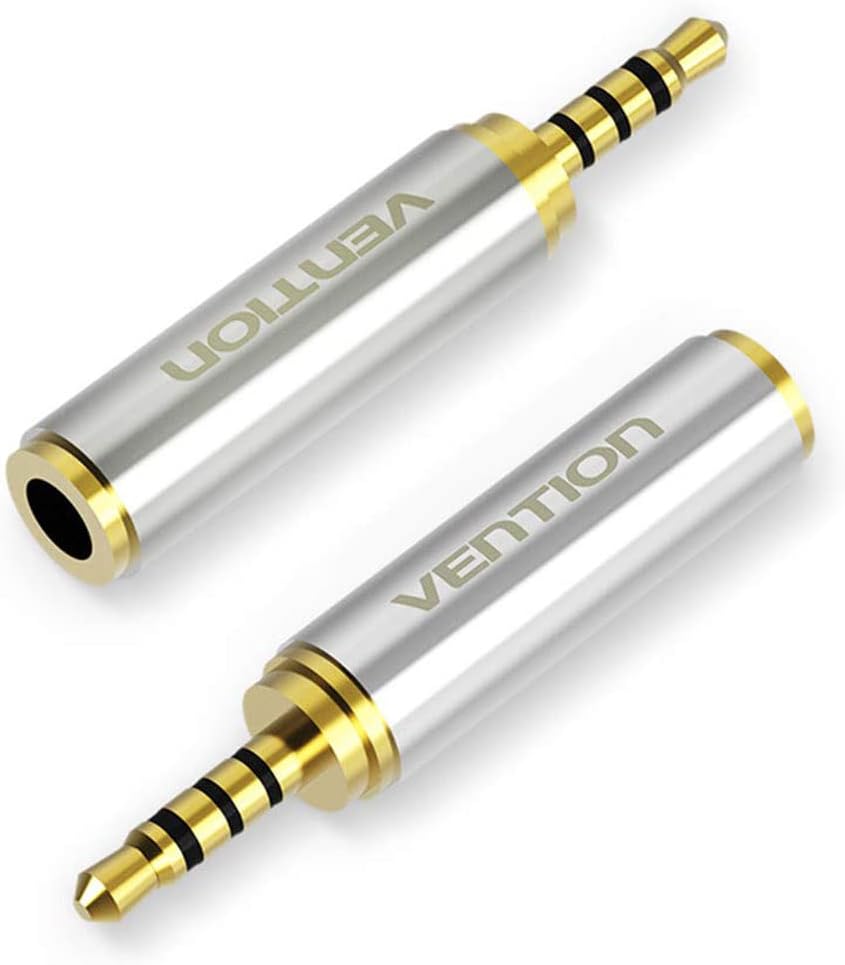 Make sure the jack is clean and free of debris

Headphone jacks in phones and other similar devices can easily accumulate lint, dust, or other debris that can stop a plug from being able to insert fully.

What’s the best/safest way to clean out a headphone jack?

We recommend using a wooden toothpick or a plastic twist tie, as harder/metallic objects like pins or paper clips, while they can get the job done, can scratch up a plug or jack and further compromise their connective integrity.

If that’s not enough to easily get the job done, then we’d recommend utilizing a product warranty if you still have one. There are more involved ways of cleaning a jack out but they often require specialized tools or that you open up your phone or other device to get a better look inside, which obviously comes with risk.