Skip to content
Quick Answer: no, because an amplifier doesn’t actually change the “structure” of the signal getting sent to the headphones. You only need one if you have specialized headphones that otherwise can’t get loud enough. You might inadvertently improve sound if your default DAC (digital analog converter) is deficient, but that’s highly unlikely.

Headphone amps are becoming more popular and prolific, and are often accompanied by claims that they can drastically improve sound quality in a variety of often ill-defined ways. Compounding on this is the popular “separates” idea that having separate and external to one another pieces of increasingly specialized audio equipment improves sound.

But what does an amplifier actually do? It’s purpose is to increase the electrical power of a signal so that it’s strong enough to physically move the components of a speaker to produce sound waves that are analogous to that signal. It’s effectively a mathematical multiplier, and doesn’t actually do anything to change and thus potentially “improve the quality” of a signal.

Standard bookshelf speakers have big woofers, magnets, coils, etc. and need much more power than the ~1 volt that comes out of the standard 3.5mm plug on your device to move properly. But headphones, and even moreso earbuds, are much smaller and closer to your eardrums and need a small fraction of the power that conventional speakers need.

Bottom line: most non-commercial headphones and earbuds are designed such that the power that comes out of a standard headphone plug, as small as it may seem, is *more than enough* to move the components properly. Adding more power at that point to “improve the sound” would be like painting a red car more red to “improve the color” – that makes no sense.

When do I actually need a headphone amp?

If you have to ask, you probably don’t. Almost all non-commercial headphones and earbuds, even the higher end ones, are designed to run just fine off a line-level signal that comes out of a standard 3.5mm plug.

It’s only when you start looking at specialized headphones with high impedance (think 100+ ohms) that you might need an external amplifier. If you can’t get the volume to comfort with everything maxed on your device, that’s when an amp can give you the power/volume you need.

We’ve seen some people say having a physical volume knob that’s usually on headphone amps is nice, but you can get a simple knob adaptor for a fraction of the price, for example: 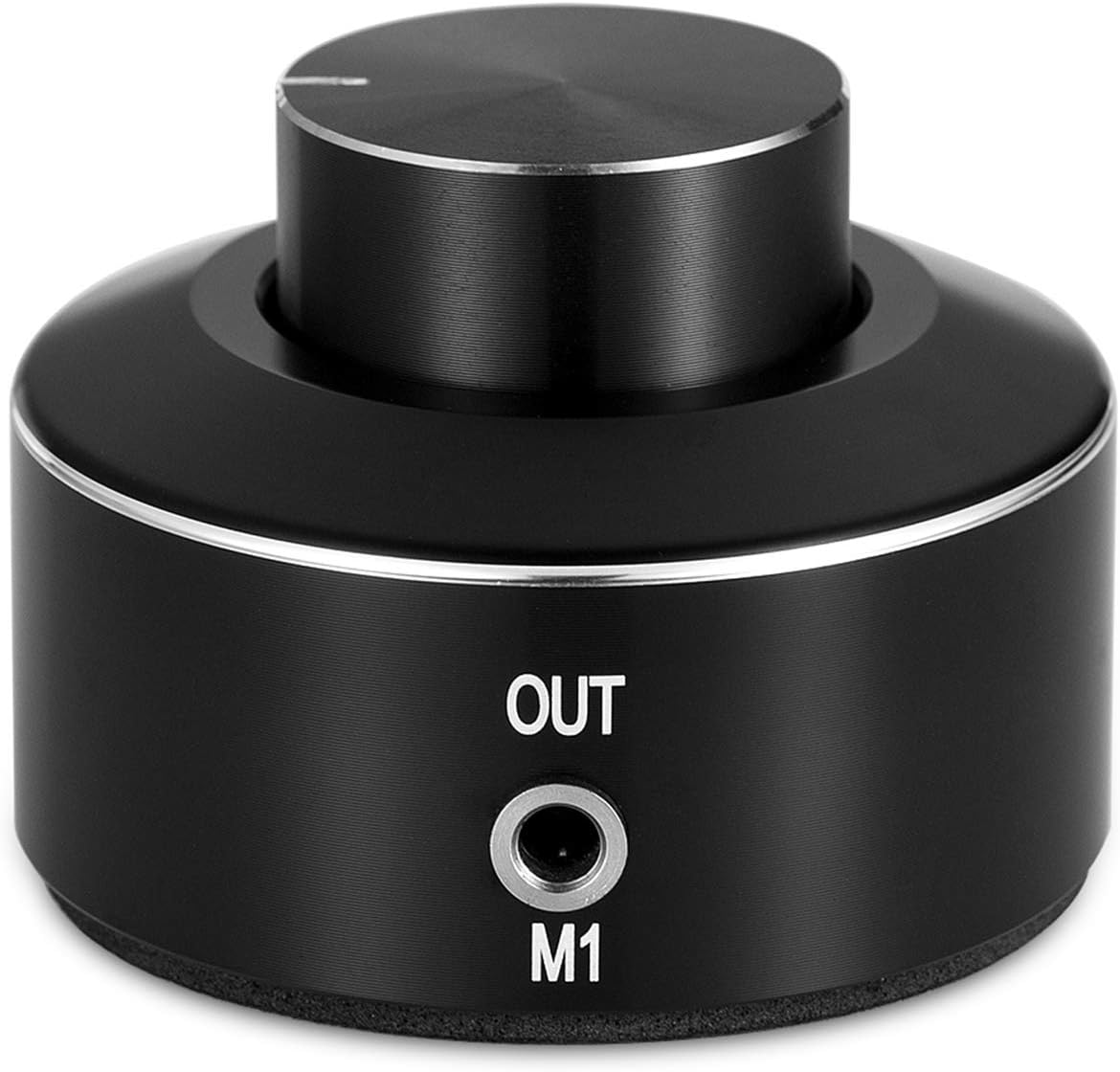 I’ve heard the DAC (digital analog converter) in a headphone amp will improve sound, is that true?

This assumes the amp has an onboard dac to begin with – many of them do, especially those marketed as “desktop” amps, but others don’t.

All modern sources that the vast majority of people now use to play music (computers, phones, etc.) are digital and already have a built-in dac that converts a digital audio file (mp3, AAC, FLAC, etc.) to an analog line-level signal.

There are salesy claims that these “default” dacs are prone to signal degradation or are otherwise inferior to any given on-board dac in a headphone amp. This was arguably true maybe 20-25 years ago, but nowadays we’d say these claims are pretty much bogus: modern dacs, even the so called basic ones in a phone or integrated into a PC motherboard, are generally adequate and won’t bottleneck sound quality in any perceivable way.

Further Reading: Do I Really Need A Separate DAC (Digital Analog Converter) For My PC? (spoiler alert: no)