Skip to content
Bottom Line: still competitively priced despite being fairly new, but there are older generation products that are just as good but less expensive, for now at least, though it does have specs/features that might be worth the premium for some.

The RX-V4A is part of Yamaha’s 2020 A/V receiver lineup. While Yamaha audio products tend to look bulky and dated (which there’s nothing inherently wrong with), the most obvious difference of the newer RX-V4A is the more modernized yet somewhat retro looking design – slightly taller, a shiny protruding front panel with rounded edges, and a cyclopean looking volume nob right in the middle that’s kind of reminiscent of a Star Wars Droid. Some will like it, some might not, and as usual most won’t care.

The back panel is simple, straightforward, and rather spaced out which is nice for cable management. The inputs might look sparse and limited, but it has everything we like to see on a 5.X receiver at a minimum, including 5 hdmi slots, binding posts for all of the speaker terminals, two dedicated subwoofer terminals, and Bluetooth compatibility. Yahama has their own MusicCast App that allows you to operate the receiver with a smart device, or you can use the included universal remote. 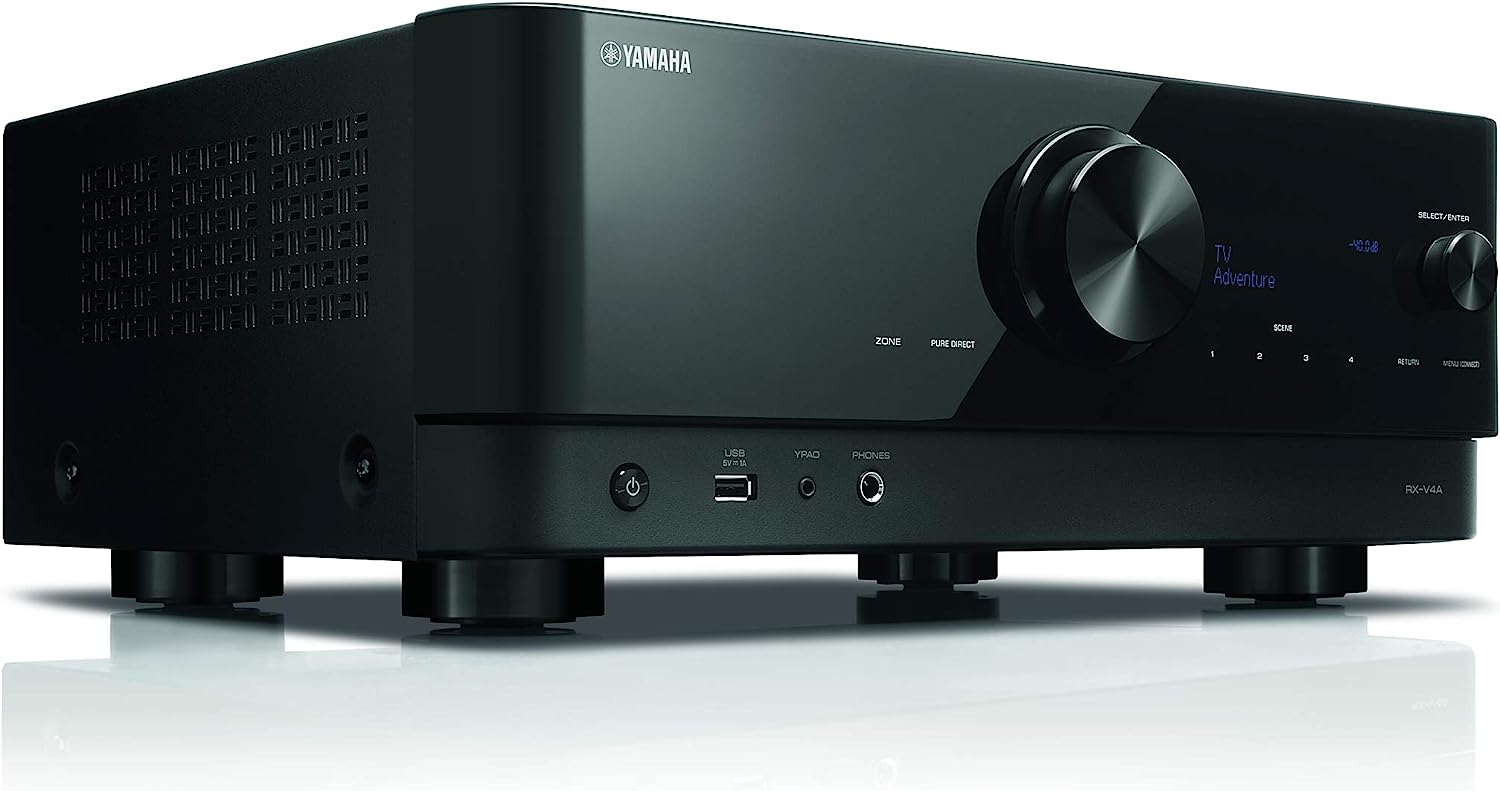 The “YPAO” input you see up front next to the headphone jack stands for “the Yamaha Parametric room Acoustic Optimizer.” You plug in the included nipple looking accessory, place it at the viewing focal point, then the receiver will detect your speaker placement and attempt to automatically optimize its settings for your room. Hard to say how well something like this would actually work.

The power is rated at 80 WPC which is plenty for pretty much any set of speakers you’d use with this. You will have to be mindful of power consumption if you want to use lower impedance 6 or 4 ohm speakers.

One mention worthy spec is the the THD rating of .06%, which is significantly lower than what you normally see with budget/entry-level receivers (typically .08-.1 or so). This essentially means that there will be less distortion as you crank the volume up, but it’s hard to say if a layperson would actually notice an audible difference with residential grade speakers no less. 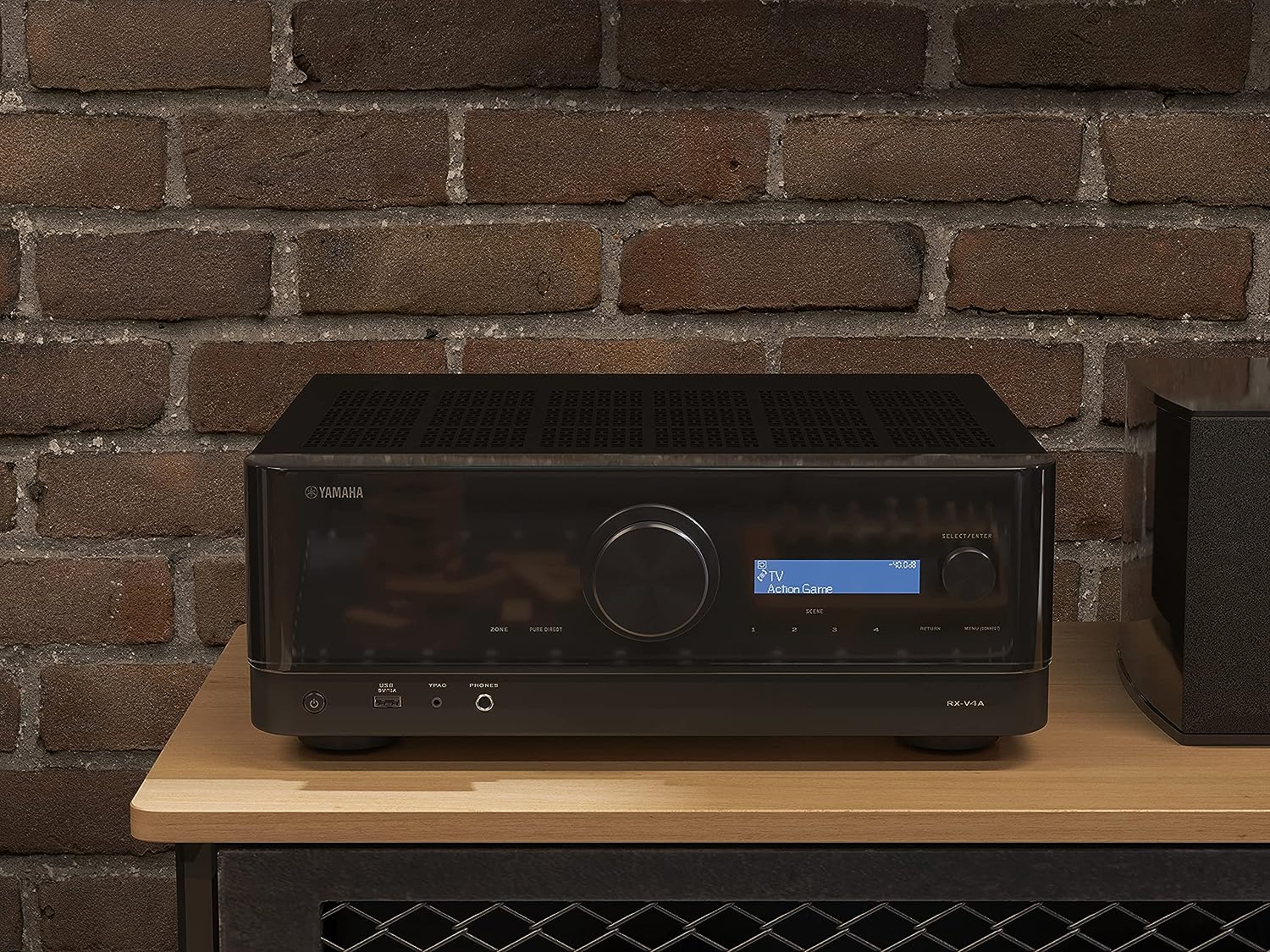 The RX-V4A is spacious and is replete with front and side ventilation, which is something we like to see.

Yamaha’s pricing in the audio market is typically competitive, and the RX-V4A is no exception despite being a new release. That said, there are less expensive older generation receivers that will, for most people, be just as good and performant as this one, especially if you don’t need two subwoofer inputs (one sub is usually sufficient for musicality). The current premium in exchange for the relatively low THD rating and/or other features could be worthwhile to some. Check out the links below for alternative recommendations.

Get the Yamaha RX-V4A on Amazon (affiliate link)