TIC is a lesser known audio company, but one that’s actually been around for a few decades. Interestingly they also specialize in outdoor sound, which is normally a highly specific and ofttimes underrepresented niche in the audio world. The GS3 omni-directional speaker is their self proclaimed flagship product. The first iteration of the product, simply called the “Omni Outdoor Speaker,” was actually released way back in 1989, and since then the (now) GS3 still remains one of the best selling and most widely used outdoor speakers on the market. 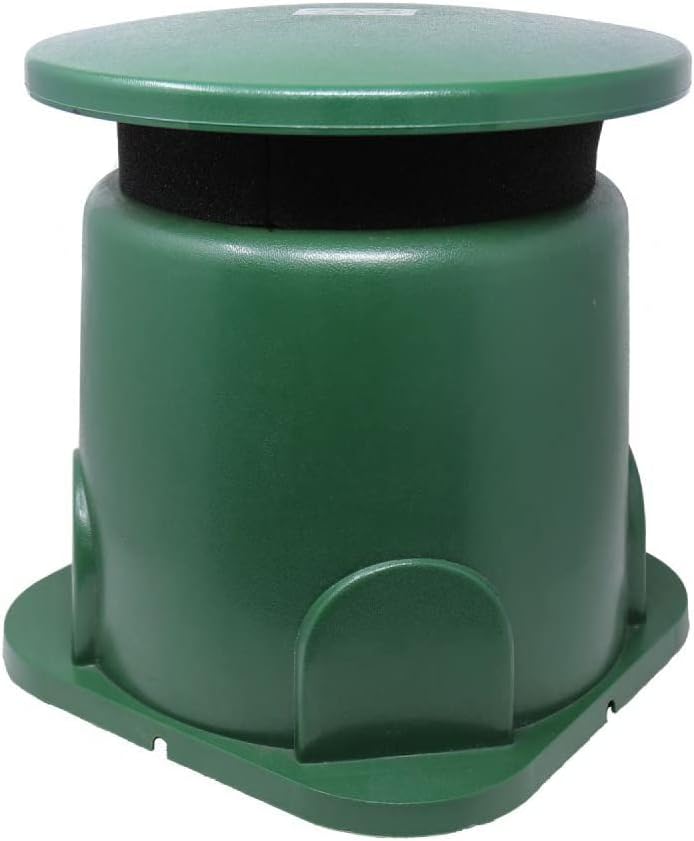 The first thing that stands out to us are the fantastic specs – we’ve only seen a few non-commercial outdoor speakers with a nominal/continuous power handling rating at or close to 100W. Beyond that, the frequency response range floor of 35Hz is excellent, and one of the lowest we’ve seen. What this means – in theory at least – is that the speakers will be plenty loud with plenty of bass, the latter of which is particularly important for outdoor speakers, since low frequency sound doesn’t carry nearly as well in the open-air outdoors.

We say “in theory” though because specs can be misleading. For example, comparable Klipsch speakers at this level of power have ~95 dB sensitivity ratings. This might not seem like much, but remember that the dB scale is logarithmic – each additional unit is exponentially louder sound. The difference between 90-100 dB can roughly be described between standing next to a running truck vs a running jackhammer.

That said, for the price, these are some of the best specs (on paper) that we’ve currently seen – they’ll be plenty loud enough for most people who don’t have exceedingly large yards that might require several speakers to fill.

For some reason, most omni-directional speakers look like upside down compost bins. Even the competing Bose Freespace 51s – made by a brand that is very focused on aesthetics – have the same design. Why is this? We honestly don’t know. Do you care that much? Most people probably don’t – at least they’re green and can somewhat blend with grass.

One pertinent consideration for on/in-ground outdoor speakers is that you’ll likely have to run underground wire – not only is this more of a hassle to set up, but it also requires more expensive speaker wire that’s specifically rated for direct burial. Another consideration is that, while 360 degree sound might seem cool, the speakers obviously have to be centered in order to fully realize said benefit. A lot of people don’t want lumpy speakers right smack in the middle of their yard, as opposed to up and under the eaves of their deck roof, where traditional wall-mount speakers would go. beyond that, the run at a fairly average size and at 7 pounds a piece they should be too hard to move and place.

The GS3s come with a 1 year warranty, which is pretty average for the budget price-tier. One thing we like is that the cones are fully sealed and protected (as opposed to the Freespace 51s). They’re graded for water and even snow resistance, and are fully intended to permanently reside outdoors. It might be prudent to unhook them and store them if the weather is really bad – some outdoor speaker manufacturers prudently recommend doing this with their products (TIC does not as far as we can tell). But, one user has reportedly had these permanently outdoors on the Florida coast (some of the worst, most corrosive outdoor weather) for ten years and claims they are still in good condition (source).

Our Overall Take, As Compared to the Competition

Market selection amongst 360 degree outdoor speakers is limited, but, these are a solid product that currently go for a great price, significantly cheaper than the competing and also popular Bose Freespace 51s (reviewed here). Do beware that they’re sold as singles – you’ll need to buy two of them to make a pair.

See our current picks for the overall best outdoor speakers

See our guide on how to install outdoor speakers