Skip to content
Bottom Line: It’s great that an outdoor rock speaker that’s powered exists and is an option, and a good one at that. If you like the environmental look of a rock speaker and want to be able to just plug it right into a standard outlet, then the FREE ROK speakers are a pretty clear choice. 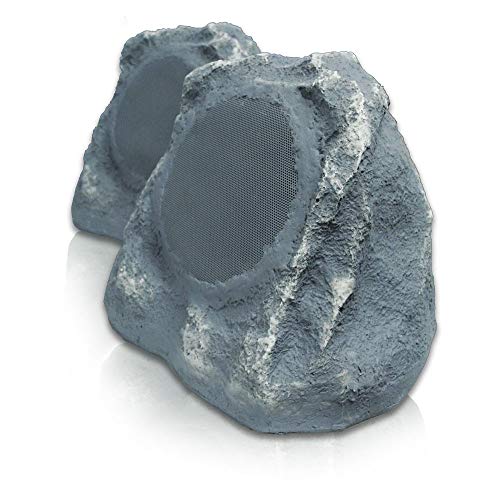 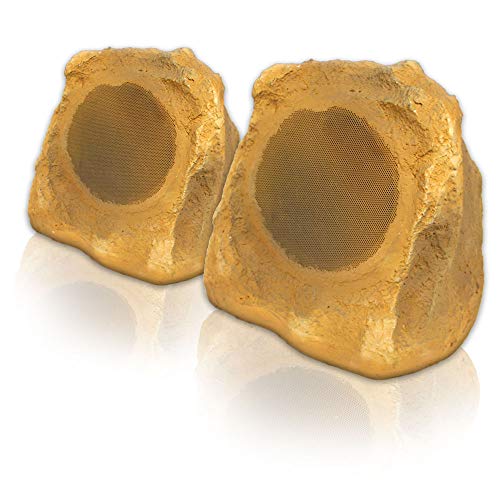 Comes in grey or sandstone

Most outdoor speakers are passive, meaning they need to be connected with speaker wire to a receiver or amplifier to function. Active or otherwise called powered speakers, on the other hand, have built in amplification and can often be plugged right into a standard outlet. While it’s true that there’s more selection among passive outdoor speakers and that they’ll generally get you more power and quality for the same amount of money, the convenience of powered/active speakers is still an attractive option – you don’t have to worry about setting up speaker wire or a receiver. Not to mention you don’t have to pay for either to begin with, so you might end up spending less overall money with powered speakers anyhow.

There aren’t too many decent choices for powered outdoor speakers, but Sound Appeal, a smaller and lesser known audio company, has distinguished itself by making both box and rock outdoor speakers that are powered and bluetooth compatible – just plug them in, pair them to a phone or any other viable source, and hit play. Doesn’t get much easier than that. You can read our review of the box variant, the BT Blast 5-6 series, here.

It’s great to see a decent pair of powered outdoor rock speakers for those who want them as an option. 20 W per unit of continuous power is fairly solid, on par with several lower-tier passive outdoor speakers we’ve reviewed here. They’ll be loud enough to fill a small to medium sized enclosure. Also worth note is the low response floor of 35 hz – this is good for ensuring a strong bass, which is particularly important when in the open air outdoors. It’s unlikely that people opting for the convenience of powered speakers will think about an additional subwoofer, so it’s good for the speakers themselves to have good standalone bass.

They look pretty good too – the cone and grill is a little on the conspicuous side compared to other rock speakers on the market, but the textured featuring is quite aesthetic. Some might like the look better than the higher end Klipsch 650sm’s, for example. 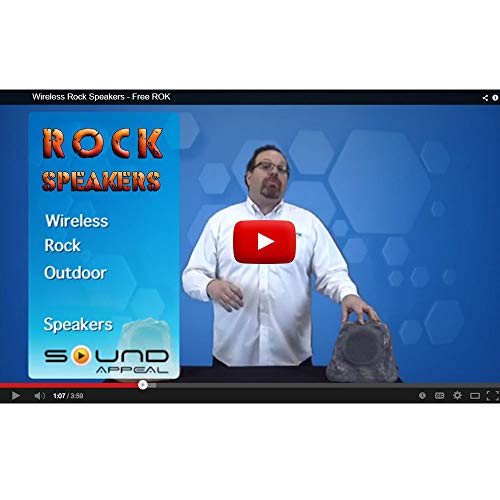 Ease of set up is where powered Bluetooth speakers such as these shine. – you simply connect the pairing speaker to the main speaker with an included 20 ft speaker cable, then the main speaker to a standard outlet with an 8 ft AC adapter. The power cable is a little short we’ll admit, which might be an issue with rock speakers that are presumably going to be further out in the yard somewhere. An extension cord could solve that problem, but you’d have to make sure it’s weatherproof. To play music you simply need to pair a smart phone or other such source directly to the speakers. The spec-sheet advertises up to 100 ft in signal, but, users have reported that it’s more like 30 ft (Bluetooth v3), which sounds more realistic to us.

The only apparent downside with the set up is that the connecting cable will be in an awkward position if it’s strewn between two speakers placed out in the yard. You could bury it and use a conduit, but, if you’re willing to go that route then it might just make sense to get higher end passive speakers and bury that wire instead.

The FREE ROK speakers come with a 1 year warranty, which is a bit on the short side, and though they’re graded for outdoor use the manual does say to avoid putting them where water could accumulate. While some speakers are really rugged, others such at these might do better in more forgiving climates, and you might want to take them inside if they’re not being used for an extended period of time, but that will be pretty easy to do with these as opposed to traditional passive speakers.

Our Take, as Compared to the Competition

Whether these are a good choice for you really depends on what your situation and priorities are. Do you want something that’s easy to set up and relatively cheap overall because it’s all inclusive? Are you OK with the music sounding decent enough? Then these or any other powered speaker pair is definitely a great choice. You might consider box speakers as an alternative to avoid the awkward connecting wire issue that rock speakers inevitably face.

On the other hand, if you’re more interested in a premium quality system that will last in permanence? It might make sense to spring for higher end passive speakers like the 650 sm’s we linked to above. There’s no definitive answer – it mostly depends on how much you care about HiFi sound and what you’re willing/able to do set up wise.

Get the Sound Appeal rock speakers on Amazon

See our current picks for the overall best outdoor speakers