Skip to content
Bottom Line: a great budget/starter option that’s lean and minimally priced. Might lack enough power and/or specialty inputs/features that some people might want/need.

Sony is obviously one of the largest and most recognizable electronics companies in the world, and while they don’t really specialize in a/v equipment or actually make a large variety of it, they do have a few products that are quite good and competitively priced, and this includes their current line of a/v receivers.

At the time of this writing/update Sony only sells three receivers, each supporting 2, 5, and 7 channels respectively, and they’re all performant, with essential features, and very competitively priced. Equipment cost does fluctuate in the audio market, and sometimes in a seemingly arbitrary way, but a Sony receiver has often been the best budget choice for the last few years.

The interface panel is pretty basic but has all of the essential inputs that one would expect. There are two features here worth noting:

First, an input for an included calibration mic which automatically tunes the connected speakers to the room using Sony’s proprietary “ADAC” calibration software.

Next, a button that turns on Sony’s similarly proprietary “Pure Direct” function which ostensibly improves audio fidelity, but curiously bypasses any tuning/EQ adjustments, so whether or not this will actually make speakers sound better is probably a crapshoot.

The back panel is also basic, pretty much bare bones in fact, but it has all of the essential inputs that most people will ever need, and is nice and simple for the lay consumer, whereas some of the higher end products have input panels that look like a NASA space shuttle command center.

Some people might want to have more than 4 HDMI-in slots and a single HDMI-out slot, but that’s fine for any basic/standard 7.2 home theater system. HDMI 2.2 is a bit dated (the STRDH-790 was released in 2018), but 2.2/4k compatibility is going to be completely fine for the foreseeable future – 8k’s visual superiority is currently debatable at best, and there’s just not a lot of available 8k media anyhow.

The only significant downside of the STRDH-790, in our opinion, is the lack of any RCA pre-out inputs, which would allow the connection of a separate amplifier if you wanted and/or needed one. The receiver’s on-board amplifier is rated at 145 watts per channel with 6 ohms driven, and while the total harmonic distortion rating of 0.9% is a little on the high side, this is plenty of power for most basic 7.2 set-ups, but, if you want to use more power demanding speakers, there’s a chance the budget STRDH-790 won’t have enough, and it might make more sense to go with an alternative product that at least has one pre-out input. See the links at the end for alternative recommendations.

The other arguable downside is that the surround speaker terminals are basic spring clips that are kind of crammed together rather than binding posts like the main left/right terminals are. We see this kind of design in budget receivers, and while a spring clip connection is not technically worse than a binding post, they are kind of finnicky and potentially annoying to deal with. One easy and inexpensive “solution” (if you actually care) are simple spring clip banana plug adapters: 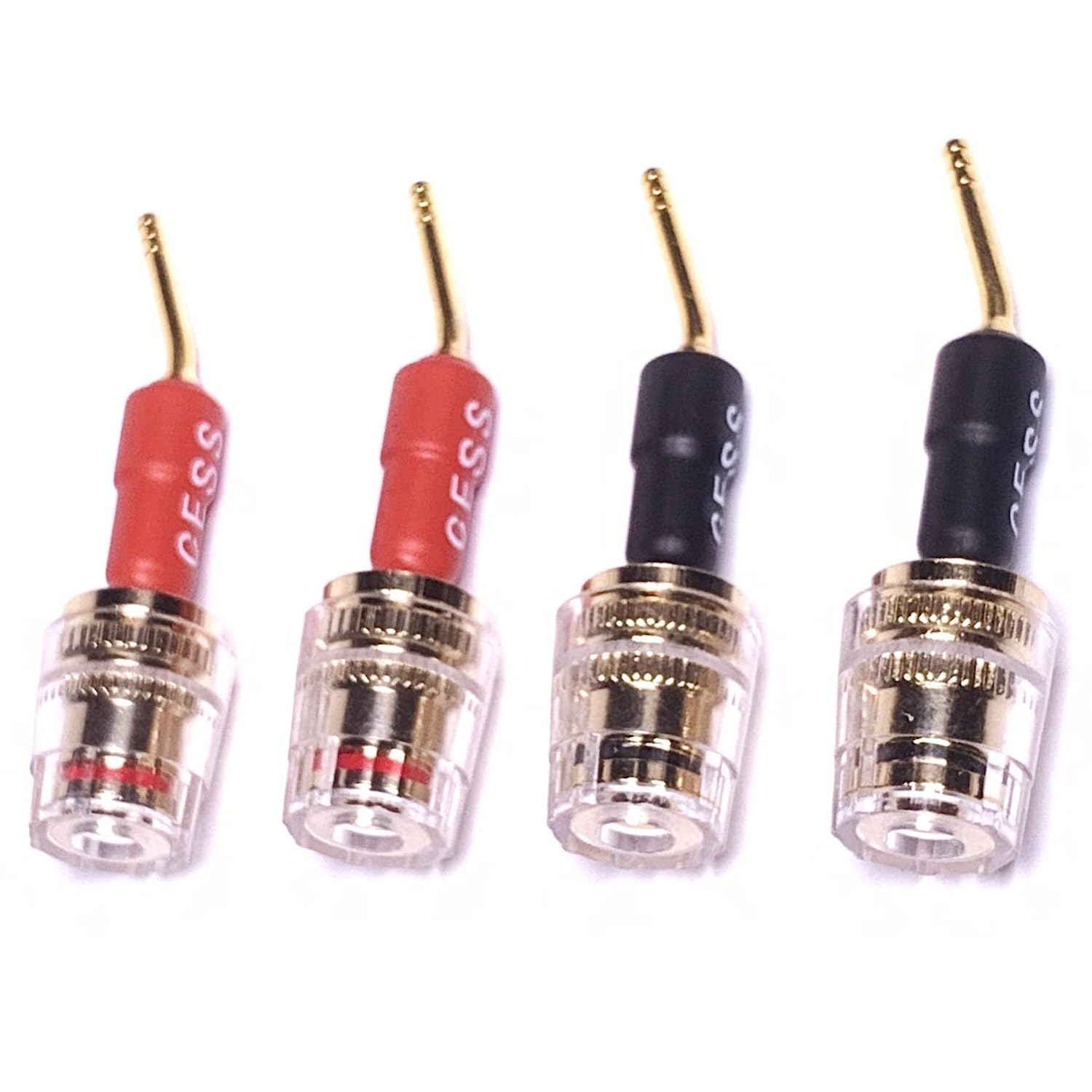 The unit is a bit dated looking and bulky, but not huge like some of the competing behemoths that are out there. The case/chassis on the Sony receivers (it’s the same on all three) is nice and vented, and allows for good spacing of components. Heat is the enemy and longevity killer of a/v electronics, so bulk is often the tradeoff for minimal pricing – just make sure it has enough room to breath and disperse heat. (Relevant psa: don’t ever stack things on top of a receiver!)

The current Sony receivers come with a two year warranty, which is relatively decent coverage for budget audio gear with active electronics.

All in all, if you’re looking for a minimally priced receiver that’s simple/easy to set up and can run a basic/starter 7.2 home theater system, and you don’t need the extra, non-essential features that some of the more hardcore consumers want, then the STR-DH790 is a very solid choice. There are a few similar competitors that are arguably slightly better or worse, but basically equally decent, and the best choice will honestly probably be whichever has the best price/deal at the time. See the links below for more information in that regard.

Get the Sony STR-DH790 7.2 channel receiver on Amazon (affiliate link)

See our current picks for the overall best 7.2 channel receivers for the money

Don’t think you actually need 7 channels? Check out some of our other roundup articles (and you’ll see the other Sony receivers mentioned there):