Skip to content
Bottom Line: decent specs and design for the price, save the hideous green driver trim. Reportedly dysfunctional selector switch prone to failure, which is disconcerting. Hard to recommend these as such, especially when there are better similarly priced competitors. 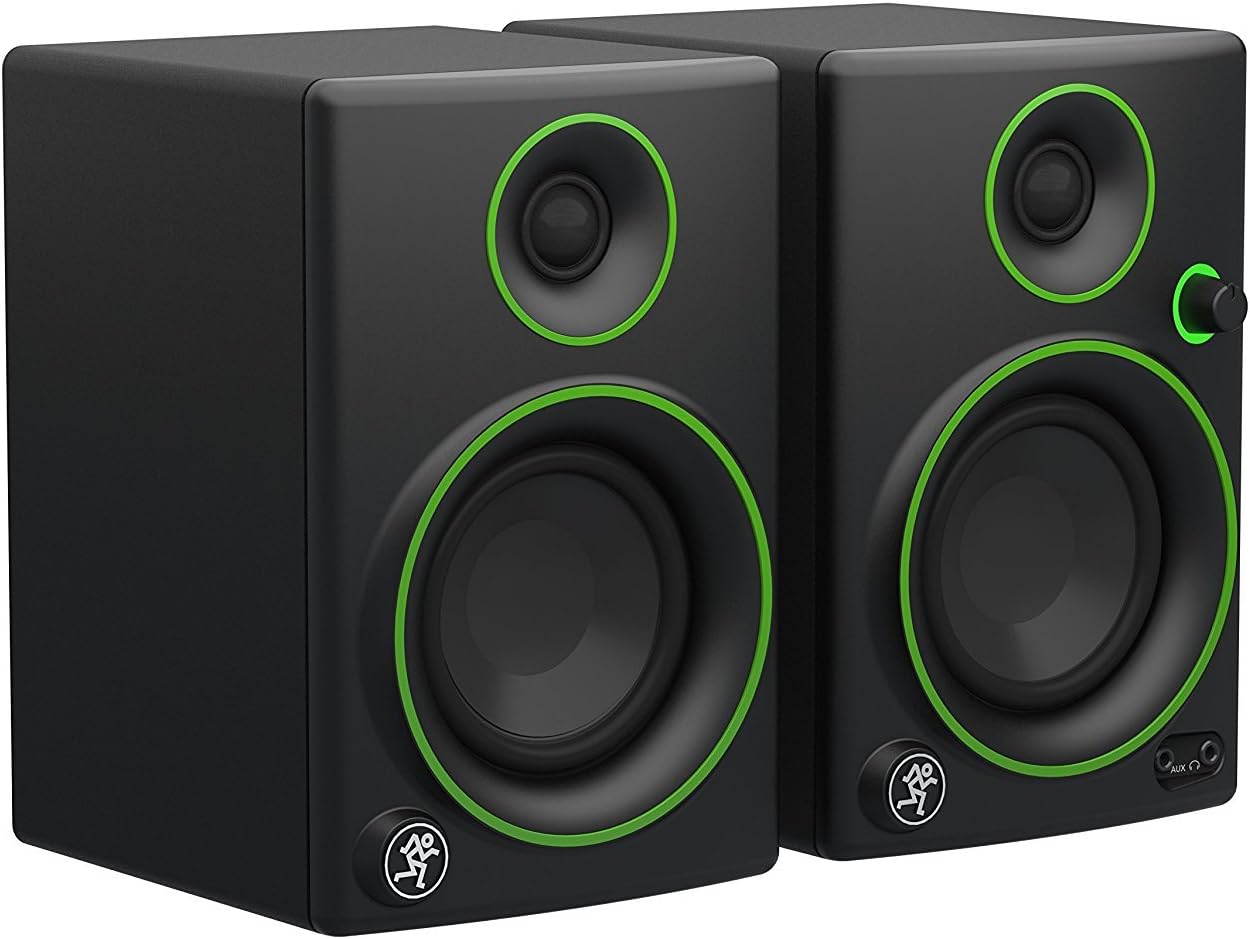 Mackie was originally a niche company that focused on affordable studio/professional equipment, but has since been acquired and now produces a variety of residential loudspeakers. The Clear Reference monitor speaker series, released circa 2014, still remains a highly popular and top selling lineup of bookshelf speakers. Despite the “monitor” descriptor, the CR speakers are essentially the same as regular bookshelf speakers as far as we can tell. Maybe they want them to sound more “professional” quality, or something like that. 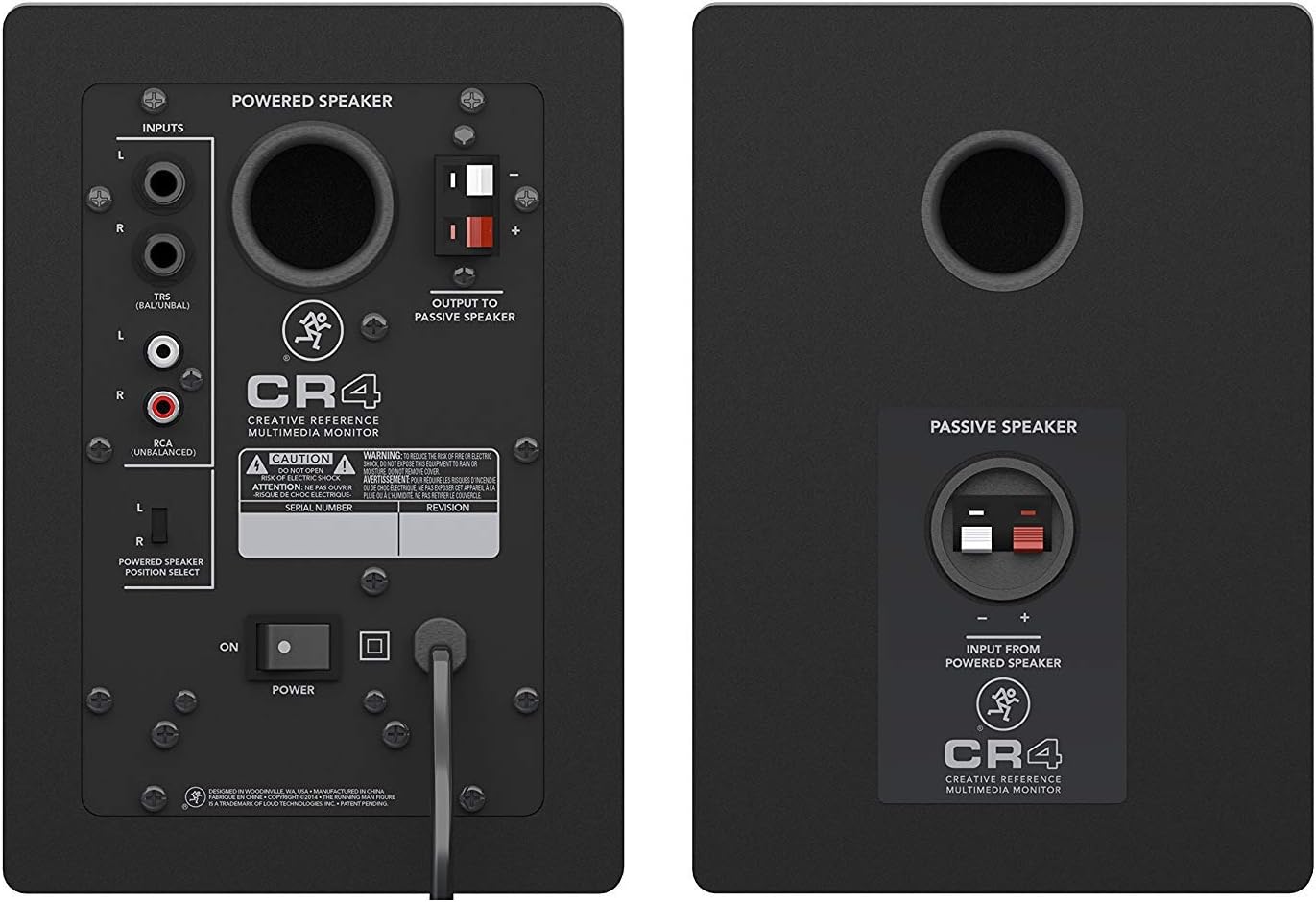 The CR speakers are powered, meaning you don’t need a separate receiver or amp, just plug the main unit in, cross-wire the second speaker, hook up the source via the standard RCA jacks (or pair it with either of the Bluetooth versions), and you’re ready to go. All the necessary cables come included, so you don’t have to worry about separately sold ancillaries.

The CR series uses a 2 way design with a 3/4 inch tweeter and a woofer of varying size, per the comparison table above. Mackie doesn’t specify an efficiency rating (many companies don’t unfortunately) but do specify a max SPL output of around 100 dB. These specs are fairly standard for what you normally expect to get out of near-field bookshelf speakers, and a 27 W ~100 dB speaker is perfectly fine in a computer or other such desktop setting, but will probably fall short in a full fledged home theater set up. They’re not designed for that anyhow, and if you want to go that route you’re probably better off with a traditional 2.1 set up with a receiver and passive speakers. A nice additional feature is a built in selector switch to designate either speaker as the right or left position, so you don’t have to worry about the wall outlet or source being near enough a particular side for cable management to work.

One thing worth mentioning: we’ve seen multiple users report the selector switch malfunctioning on the 3 inch CR3 unit (we presume any manufacturing defect would exist on any of the others too). Two users within the warranty reportedly getting prompt support and replacements, which is reassuring, but one other who was past the warranty did not, despite claiming a defective manufacturing flaw should entitle him to one anyhow.

These are perfectly decent speakers for the price, and many users reportedly love the sound, but it’s hard to recommend these with the looming possibility of the selector switch failing. It’s possible they’ve changed the build since the original release.

Besides that, Edifier makes a wide variety of comparable and equally popular powered bookshelf speakers that have a longer 2 year warranty, don’t have reported manufacturing flaws, and look a whole lot better, in our opinion at least.

If you’re looking for actual home theater speakers as opposed to near field desktop speakers, then we wouldn’t recommend powered bookshelf speakers at all – you’ll get much better performance and value for your dollars with passive speakers, a receiver, and optionally a subwoofer. See the links below for additional recommendations