Skip to content
Bottom Line: Hard to ever go wrong with Klipsch, and the R-12SW remains one of the best selling subwoofers despite being older generation for a good reason: great power and quality at a great price. 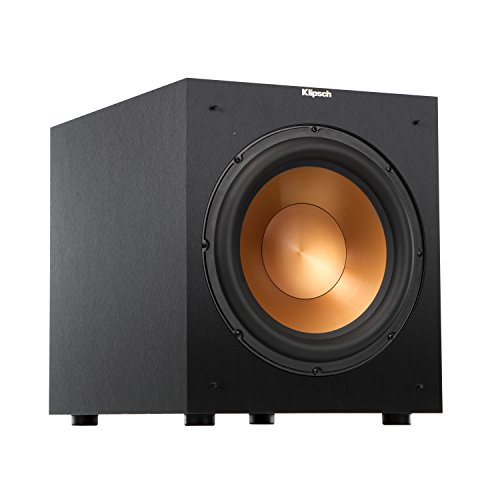 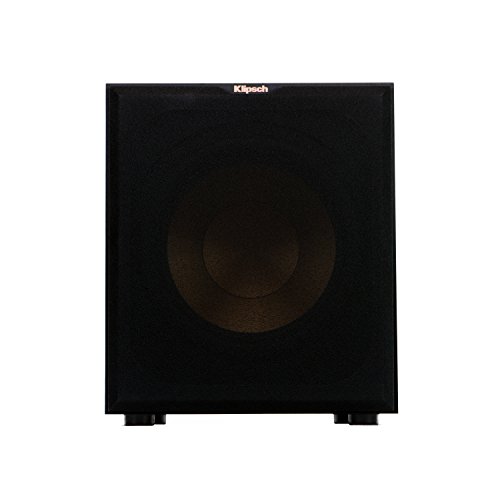 The 12 inch R-12SW is one of several subwoofers of varying size in Klipsch’s extensive Reference speaker lineup. Though it’s now succeeded by the newer generation R-112SW, the original R-12SW is still one of the best selling, most popular subwoofers on the market. For a good reason: for not all that much more money, currently at least, the R-12SW brings excellent specs to the table for at a very competitive price.

Subwoofers that have bigger drivers generally perform better, as larger cones can better reproduce lower frequency bass waves. But larger speakers with superior specs to match can quickly get a lot more expensive. One of the advantages of older generation audio products, however, is that they often get significantly discounted from the original MSRP, and as of now the R-12SW is one such large subwoofer that brings a lot to the table at a very competitive price.

200 W of continuous power is certainly enough to augment most budget to middle tier speakers, and the coupling response floor is quite decent at 29 Hz. One issue with not just this but all Klipsch Reference subwoofers is that the response ceiling is rather low. You want to be able to set the crossover high enough so that the main speakers can really focus on the mids and highs. a 120 Hz ceiling is probably OK for most speakers that are semi-decent, but in some cases the option to go higher than that might be ideal.

The R-12SW features Klipsch’s signature black and copper design, with the option of a removable front covering foam-grill. At 33 lbs it’s rather light for a 12 inch sub and shouldn’t be too hard to move around and place. While Klipsch generally has the best warranties in the business, the limited 2 year warranty on the electronics in their subwoofers is a bit on the short side compared to Polk’s 3 year warranty, or other companies that fully cover speakers for 5 years straight up.

Our Overall Take, As Compared to the Competition

It’s hard to go wrong with any Klipsch loudspeaker, and the fact that older generation products get significantly discounted often makes them the clear best value. For that reason the R-12SW is a solid buy for the money.

Given how much superior the 12 inch R-12SW is to the also popular lower 10 inch version, the R-10SW (reviewed here), while barely being more expensive, the R-12SW is the clear choice unless you absolutely need a smaller 10 inch sub for whatever reason.

The newer version R-112SW is significantly more powerful and has a few specific design upgrades, but is considerably more expensive and has the same limitations as the R-12SW. We’d say just go with the cheaper, older generation R-12SW for the time being.

The SVS SB-1000 is more powerful and wider ranged overall then the R-12SW, but significantly more expensive than both that and the equally powered R-112SW. We’d say only pay the premium if you feel you really need it.

The only difference the r-12SWi has is that it’s wireless, which can make placement and cable management cleaner and easier. Really a matter of personal preference whether that’s worth paying for.

Get the 10 or 12 inch Klipsch Reference subwoofer on Amazon

See our current picks for the overall best budget subwoofers