Skip to content
Bottom Line: proprietary coaxial design for consistent sound throughout a room. Comparatively expensive but still highly popular, will honestly boil down to a user listening test. 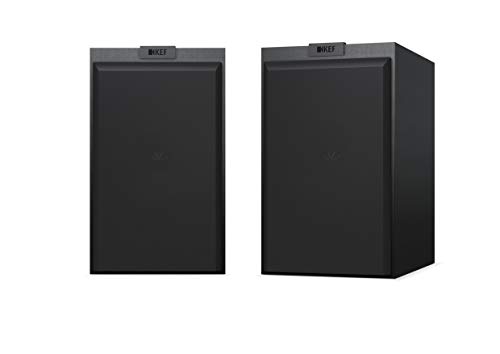 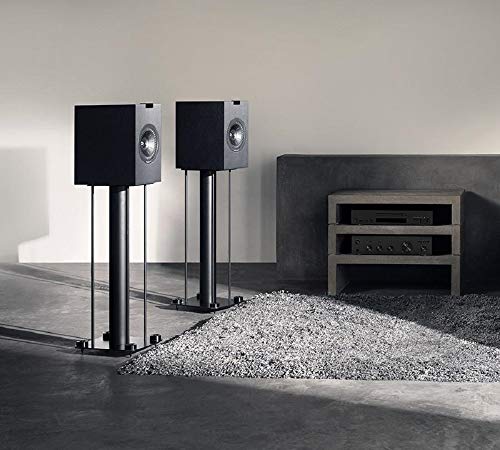 Comes in black or white, covers are available but sold separately


*When nominal/RMS power isn’t specified by manufacturer, we use an approximation of ~30% of the specified peak/dynamic power for comparison purposes.

KEF makes a variety of home theater speakers that trend towards higher end but are still highly popular. Their Q series is their longstanding (since 1991) entry level line up that has two different bookshelf models, the Q150 and Q350, which are recent revamps of the now legacy but still highly popular Q100 and Q300 speakers.

Almost all 2-way bookshelf speakers are a component design, meaning the tweeter and woofer are in separate parts of the cabinet, but the Q series bookshelf speakers interestingly use a coaxial design, meaning the tweeter is embedded in the center of the woofer. We’re not sure why KEF opted for this kind of build – coaxial speakers are generally made to be as small as possible for situations where space is really limited, but have the trade off of being more prone to resonance, interference, and other such issues unless they’re really well made. The only other coaxial bookshelf speakers we’ve seen are the truly tiny Micca COVO-S (reviewed here), main reason being that it’s rarely a big deal for a bookshelf speaker to be marginally larger to separate the tweeter.

Further reading: Coaxial vs Component Speakers – Which Is Better For Home Audio?

Other than an update to said Uni-Q proprietary coaxial driver, the rest of the new and updated Q series changes are relatively minor: the port is slightly improved and moved to the back and the driver is centered in the front.

We will say the design allows for a very slick and symmetrical look, yet they also look kind of empty with just the single driver in the jet black vinyl cabinet. Some might like the look though, or others might not care either way. The driver does look nice though.

The power specs are pretty modest and on par for a bookshelf speaker. We’re not sure these would suffice as the backbone of a full sized home theater system and think they’d be better as near/mid-field desktop speakers. The tower speakers in the Q series (reviewed here) we presume are what’s intended to be main speakers. One particular quirk we noticed is that the larger Q350 actually has a slightly worse response floor than the smaller Q150 – we’ve never seen that happen with the next largest speaker in a series and we’re not sure why this is. It’s a marginal difference though, and one that would become irrelevant anyhow if a subwoofer is used with a higher set crossover.

The pertinent question, especially so to the uninitiated, is why these speakers, which are significantly more expensive than comparably specced competitors? Well, you’re paying for quality sound reproduction, and gauging such is always subjective, which is why reviewing higher end speakers is always a challenge. Maybe they do sound superior enough to pay a premium, or maybe a layperson wont be able to tell the difference to be perfectly honest. It’s probably going to come down to a listening test. 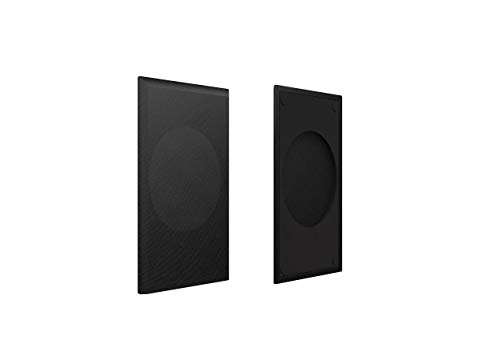 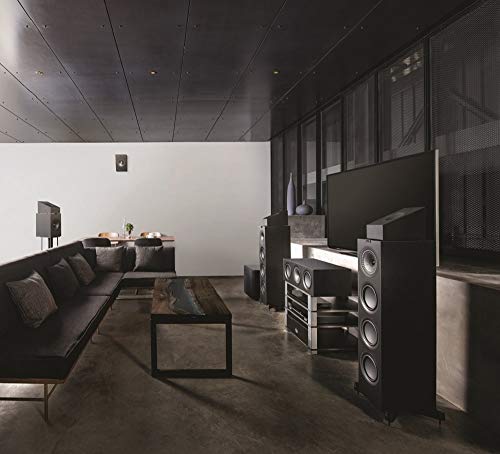 KEF does make a nifty magnetically attachable cover for these speakers, but they’re not included and sold separately which isn’t common and kind of annoying. You can get them . KEF has a 5 year warranty on its passive speakers which is decent and fairly standard coverage for mid to higher end speakers.

KEF makes very good bookshelf speakers that we think a music oriented audiophile would appreciate. You might also consider trying to snag an older pair of legacy Q100 or Q300 – they’ll essentially be the same and you might be able to get them cheaper because discontinued products often get significantly discounted.

Other laypeople who are just looking for something basic might prefer something that’s cheaper and indistinguishable with basic listening to a TV or whatever else. And there are plenty such great options – see the links below for some of our picks.

Check out the KEF Q series bookshelf speakers on Amazon

Our current picks for the best overall budget bookshelf speakers