Skip to content
Bottom Line: very impressive specs for how small and light these are. They look pretty neat too. But they’re still rather expensive despite being dated, and competitors that are just as good have since been released that sell for significantly less. 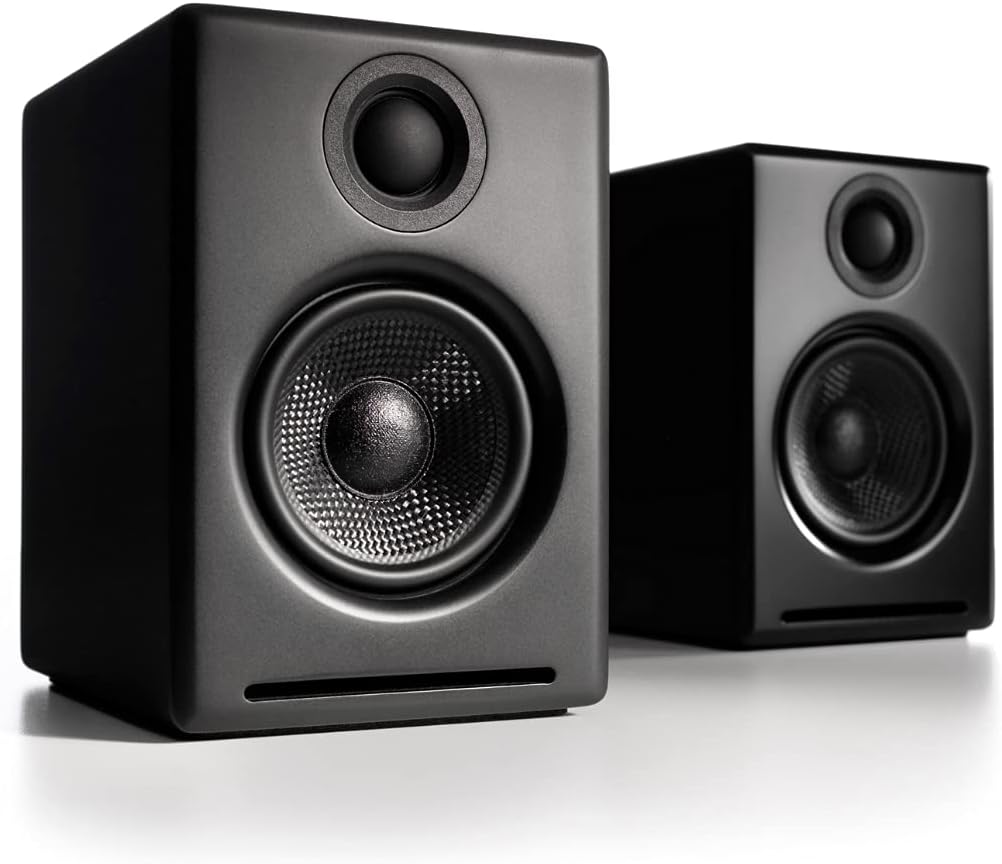 The A2+ is one of the most compact and light powered two way component speakers we’ve seen and reviewed thus far, and yet they boast power and range that belies their small size.

The cabinet is a pretty basic MDF box with nicely contoured edges, the sheen white and red variants in particular have a neat retro-future look that kind of reminds us of Polk’s signature series. Despite being as small as they are the speakers still have a front firing port, or maybe a slit would be a better descriptor in this case. If well designed, it will help get as much bass as possible out of a small two way speaker.

The tweeter is a smaller 3/4 inch silk dome, in a basket embedded right into the baffle. The woofer’s housing is a little more noticeable with the prominent rubber surround and looks like a fairly standard woven fiber cone with a rubber dust cap. Pretty basic stuff here for the most part. 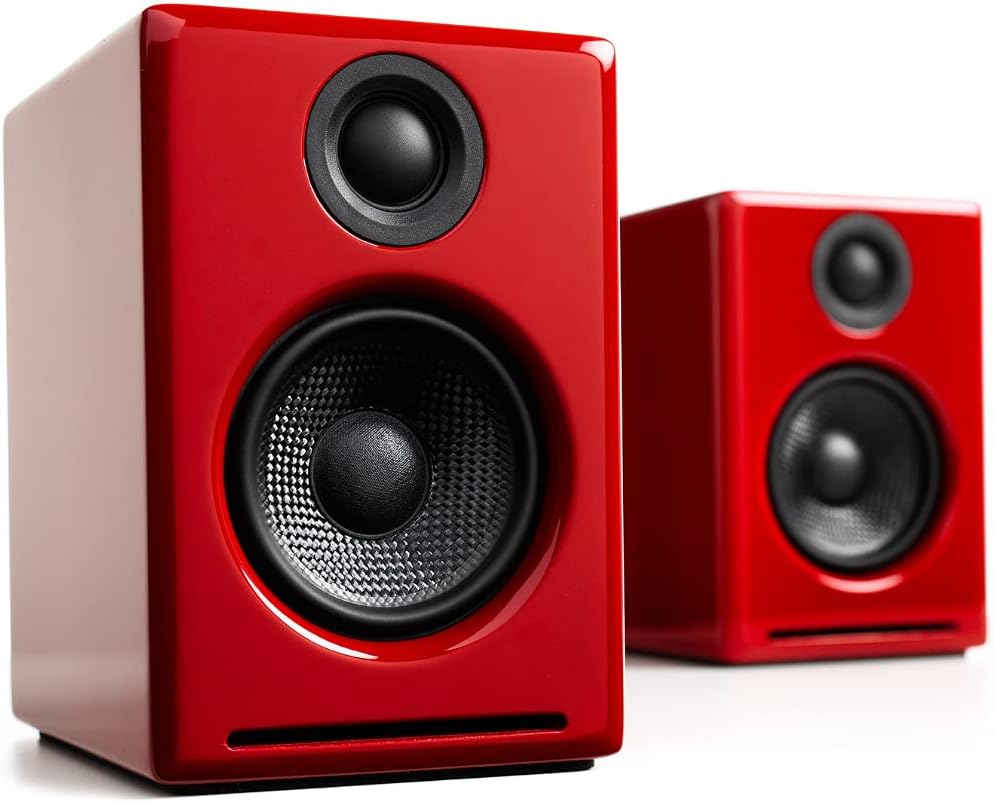 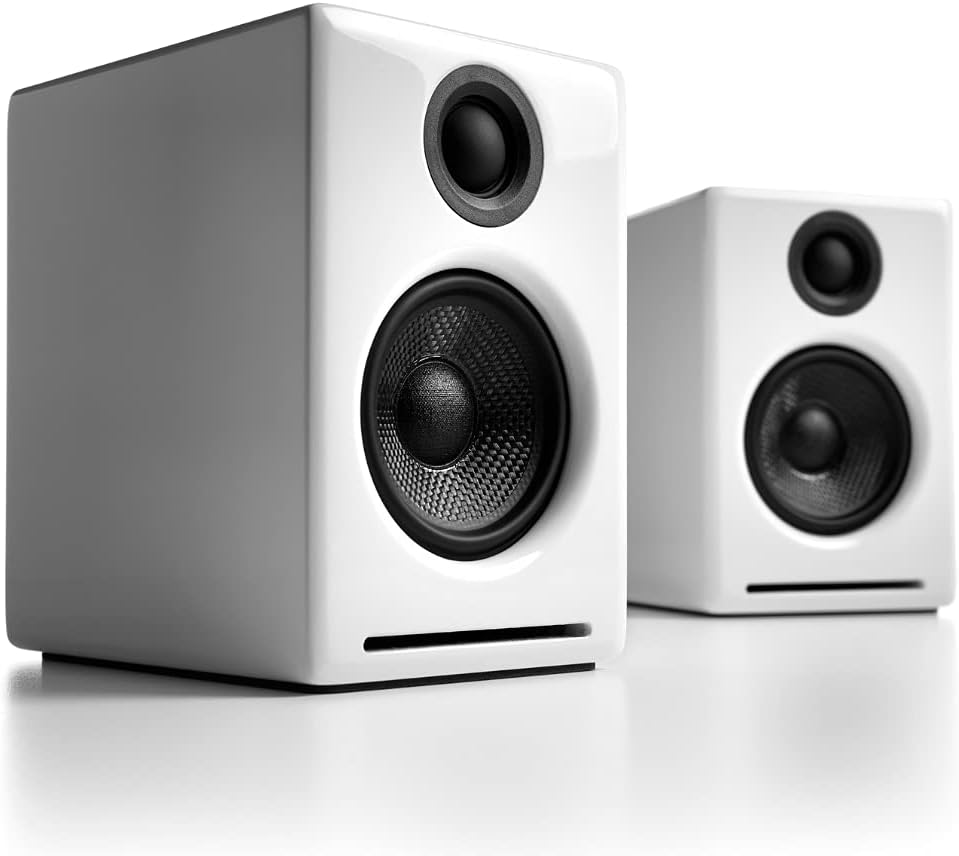 The speakers have a combined 30 W of power handling, driven by a small amp that’s built inside of the parent speaker, but it only makes it about a quarter pound heavier than the child speaker. This will not get loud enough for mid/far-field listening, but these are pretty clearly intended to be near-field desktop speakers.

The response spec is actually quite impressive for how small the drivers are. Somehow they’re able to get better than average highs out of the tweeter and in turn get the small woofer down to 65 Hz while maintaining a 2dB differential. This couldn’t ever be on par with a true three way speaker or an added subwoofer, but it’s impressive nonetheless given how small these things are. A downside of the A2+ is there’s no line-out to add a subwoofer, which is a feature that a few higher end and similarly priced powered speakers do have, so you’ll have to be satisfied with how these sound on their own. 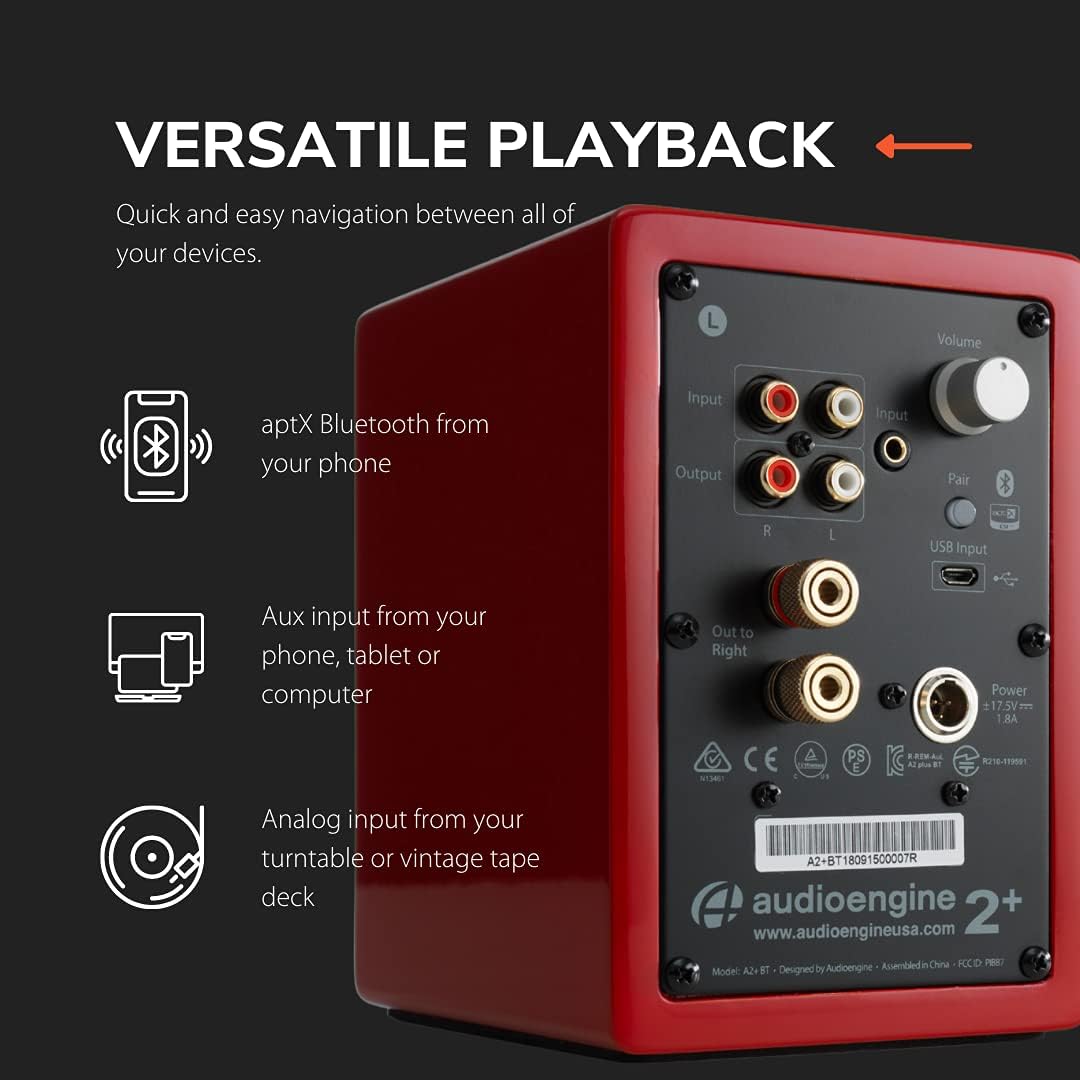 The connections are pretty basic: Dual RCA, USB, and a standard 3.5mm jack if you want to switch to headphones, though that being in the back with the rest of it is kind of annoying. And of course you have the power cable connection and terminals to connect the left and right speakers to one another. All connection cables come included, even the non essentials, which is rather nice.

The A2+ is small, light, looks pretty cool, and has very respectable near-field specs for how compact they are. They also have the best warranty for powered speakers that we’ve yet to see.

The major downside is that they’re rather expensive, even despite being several years old now. When new, they were likely one of the only truly decent powered desktop speakers with a traditional component/ported design that was available. Many on-par competitors have since been released though and cost a fraction of the price, and also in some cases have features like Bluetooth compatibility or the ability to pair with an external subwoofer.

If listening to these wows you enough to pay a premium? Then get them by all means, but we think most people would rather save money on an alternative that’s just as good if not better. Check out the links below for some such recommendations.

Get the A2+ powered bookshelf speakers on Amazon